REVIEW: The Drowning of Arthur Braxton 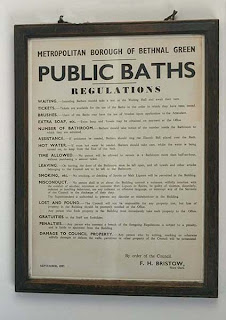 The Drowning of Arthur Braxton

The north west of England is being battered by storms of biblical  proportions and at their epicentre, on a stretch of rain lashed seafront stands  an abandonned and semi derelict public baths, scheduled for demolition.

There are some who believe that the old building holds within it the power to heal, while there are others who say that only death is to be found behind its crumbling facade and boarded windows. Whatever dark secrets it holds it is far from deserted.

Welcome to the Oracle, a place peopled by characters who seem lost and cut off from the world outside; poor damaged Laurel, the stern and secretive Silver, the ghostly old twins Kester and Pollux and the graceful, innocent Delphina with whom Arthur falls hopelessly in love.

The Oracle is dark, dreamlike and filled with wonder but to Arthur, who first came here to escape the rain it becomes a place to shelter from the loneliness and despair of his life outside.
Posted by Tom Gold at 02:14