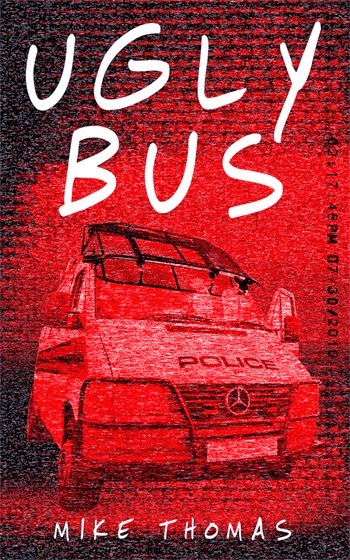 Its Boxing Day in Cardiff and the biggest game of the season is just a couple of hours from kick off. As thousands rival fans pour into the city so too come fervid anti fascist demonstrators and booze fuelled gangs of hooligans bent on violence.

An undermanned police force feeling the pressure of political correctness and public scrutiny, must now also prevent these potentially explosive elements from mixing in a city centre already teeming with post Christmas revellers.

For the cops on the ground its a daunting prospect but for newly promoted sergeant, Martin Finch it’s also a tightrope in which the faith placed in him by his superiors must be balanced against earning the respect of his colleagues.

As if that wasn’t bad enough he is now responsible for a group of tough veteran coppers who’ve seen it all. Thrush, Dullas, Flubber and Vince are definately the guys you want to see coming over the hill when the spaghetti hits the fan but as tensions in the city spill over into violence it becomes clear that years of policing some of Britain’s toughest streets has taken its toll on their sympathy, their patience, and their restraint.

Just as he did in his debut novel Pocket Notebook, Thomas brings to bear not only the technical knowhow and jargon of modern policing but also a deep understanding of the seemingly incompatible objectives of political correctness and low crime stats.

Thomas handles the narrative from multiple points of view without ever once leaving us wondering whose eyes we are currently seeing it through. In fact he portrays each character with such clarity and consistency that it feels at times as if we are watching the action unfold on a bank of CCTV monitors. That said, he also places us on uncomfortably intimate terms with the depths of human depravity, the terror of being hopelessly outnumbered and the callous pleasure of men who thrive on conflict.

Ugly Bus is that rare combination of front line experience and masterful storytelling.
Posted by Tom Gold at 05:09