The X 15 A vision of the future and still the fastest plane ever flown. 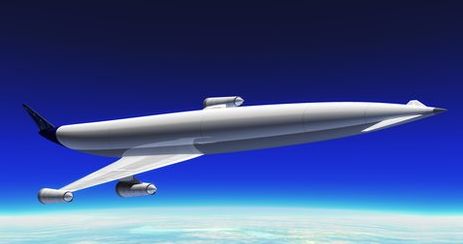 A few months ago an article on the BBC New website caught my attention. It featured a computer generated image of a futuristic looking aircraft, all sleek lines against a deep blue sky and it made me think of pictures from the aircraft books I read as a child, the ones that were in the chapter, enticingly labelled  ‘The future’. Even the wording had a familiar ring to it:


‘Work has begun on a Hypersonic passenger aircraft that could go further and faster than Concorde, flying from Europe to Australia in four hours at speeds of up to 4500 mph.’


I read on but was quickly disappointed. The aircraft, designated A2, was not expected to fly until 2040 and the technology required to produce its hydrogen fuel in sufficient quantities doesn’t even exist yet. What’s more it won’t be flying to the US, because the distance isn’t great enough for it reach full speed.


Its hardly a giant leap for mankind, and seems about as likely to be a part of my future as the Hover Car, the Rocket Pack and the Ray Gun. Its not even going to be the first aircraft of its kind.


Over 50 years ago, in a very different era of aviation an organisation called the National Advisory Committee for Aeronautics (NACA) built a rocket plane which could reach speeds of 4500mph and could climb to an altitude of 50 miles – recognised as the edge of space. 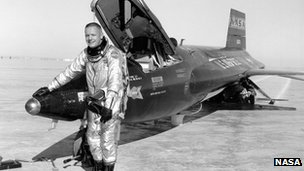 NACA would soon to be known as NASA and the plane was the X15, a harpoon shaped aircraft that was launched like a missile from a B52 bomber. Painted black with just slits for windows and made of the most exotic materials it had the first throttle-controlled rocket engine and even today it is still the fastest aircraft ever flown. It was piloted by men who would soon form the cream of NASA’s Astronaut Corps. Among them, was a fresh faced young test pilot called Neil Armstrong.


There were plans to launch the X15 as an orbital spacecraft. The programme ultimately lost out in the race for the moon but if it had continued NASA would have had a sophisticated, reusable aircraft that could fly into space and back - or one that could hop from London to Sydney on a regular basis.The A2, if it ever flies, will simply be a bigger version of the X15 that can fly further.


I started reading but despite its cool name this is not an aircraft in the traditional sense. Instead it’s a twenty five foot pilotless drone, that, just like the X 15 is launched from the wing of a B-52 bomber. However, unlike its manned hypersonic predecessor, it is designed to break up and fall into the Pacific Ocean at the end of its six minute flight .


According to the US Airforce the data that it collects is going to,
‘pave the way to future hypersonic weapons, hypersonic intelligence, surveillance and reconnaissance, and future access to space.’


Its hard to get too get too excited though because in terms of the actual flying its all been done before only with real men at the controls.