WHAT MAKES A HERO?

WHAT MAKES A HERO ? Workshop delivered at Lommond Writer's Gathering 27/03/12 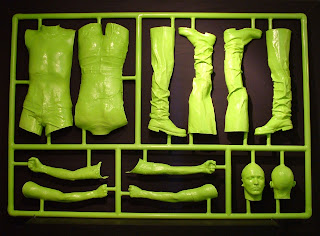 You probably already know this story know  but as writers I hope you’ll bear with me while I share it with you.
On the afternoon of January the 15th 2009 at 3.25, flight 1549 was leaving la Guardia New York bound for Charlotte North Carolina. At the controls was Captain Chelsey Sullenberger. He had been flying with US Airways for thirty years and in the next six minutes he would become a hero.


Three minutes into the flight, just south of the George Washington Bridge, the plane encountered a flock of Canada Geese.  Loud bangs were heard and there was an immediate and complete loss of thrust from both engines.


While his co-pilot initiated the engine start up procedure Sullenburger radioed La Guardia requesting permission for an emergency landing. Runways were cleared but moments later, Sullenberger, assessing the unpowered aircraft’s rate of descent and airspeed, realised this was now impossible and briefly requested an alternative landing at New Jersey but he quickly realised that this too was now beyond reach and radioed his intention to bring the plane down in the Hudson River.


There were 150 passengers on board and the plane, which was fully fuelled, was gliding without power over one of the most populated cities in the world.


Sullenberger gave instructions to ‘Brace for impact’ and the Airbus, which was travelling  at 150 mph, touched down on the water.  The force of the impact was sufficient to rip open cargo doors at the rear of the plane causing it to take on water rapidly. While river craft came to the rescue the cabin crew supervised the disembarkation of the passengers into life rafts and onto the wings. After the last of them were evacuated Sullenberger twice walked the length of the sinking plane to check that no one remained on board. He was the last to leave.


Not only did he demonstrate breathtaking technical skill in piloting the plane, he remained outwardly calm throughout. Furthermore he risked his life to ensure that everyone had got off safely and finally when he was interviewed he said this:


“And I know I can speak for the entire crew when I tell you we were simply doing the jobs we were trained to do.”


But he wasn’t made of stone. He  acknowledged that he had suffered from  sleeplessness and flashbacks in the weeks following the crash and in a CBS 60 Minutes interview, he was quoted as saying that the moments before the crash were "the worst sickening, pit-of-your-stomach, falling-through-the-floor feeling" that he had ever experienced.


For me Sullenberger is what heroes are made of.


Acts of heroism performed by so called ‘ordinary people’ are often  brief, isolated incidents representing  a ‘blip’ in the life of that person rather than its defining characteristic. By contrast  fictional heroes can depend on a random collision of unrelated events being the precursor to a continuing series of related ones in which they then become embroiled.


Herein lies the problem for the writer of fiction; while an incident like flight 1549 can inspire millions its brief nature and the continuing story of its ordinary central character won’t  necessarily become an international bestseller.  Even though Chelsey Sullenberger became an international hero for saving flight 1549 his own book, on Amazon, currently ranks at 200 422.

THE DILEMMA OF INTERVENTION
While the media helped make the legend of chelsey Sullenberger it could also have destroyed him if he’d made mistakes. This too can be a problem for the ordinary hero because the litigation culture we live in today combined with social media means that a single act can define that person for the rest of their life. It can also have consequences  for people’s willingness to intervene in general.


The Big Man and the fare dodger incident took place on a train filled with commuters travelling between Edinbergh and Perth. Film captured by another of the passengers on his mobile phone shows Alan Pollock forcibly ejecting Sam Main from the carriage after he refused to pay for a ticket. The incident sparked great controversy and both Pollock  and Main faced prosecution although all charges were later dropped. The youtube clip was watched an astonishing two million times even though the train was not out of control, there was no bomb ticking in a mysterious suitcase and all the bridges it would cross were intact. Its anybody’s guess how many times the story was actually read.


It was not strictly speaking an act of heroism but it was most certainly an example of someone demonstrating a willingness to act in difficult circumstances.


This dilemma of intervention  is central to the work of eminent Stanford Psychologist Philip Zimbardo. He believes we focus too much in our hero worship on extraordinary people and not enough on ordinary people taking extraordinary action even though the latter is much more typical of heroes than the former.


Zimbardo claims that the cultivation of what he calls ‘Heroic Imagination’ is crucial. This involves not only being constantly vigilant for circumstances requiring intervention but also imaging how we would react under those circumstances. In effect, this means mentally rehersing in order to develop the personal hardiness necessary to intervene and not to fear interpersonal conflict.


For Zimardo its about resisting the urge to rationalize inaction and to avoid developing justifications that recast evil deeds as acceptable. He notes that there may be only one situation in your life for your heroic imagination to take hold of you and if it doesn’t you may regret it for the rest of your life.

PLAUSIBLE SITUATION
The fictional hero must have a suitable situation for repeating their heroism which is why there are so many detectives, soldiers, rescuers, secret agents and private investigators.


The fictional hero can wait for adventure to find them; the abandoned car with a brief case full of money, the body in the cupboard, or the murderer who leaves calling cards, which is why readers of fiction can take the hero’s intervention for granted.  However, writers of fiction, when describing the events which launch their hero into action, might want to ask themselves what goes through the mind of an ordinary person in the moments before they perform an act of heroism.

THE HERO’S MIND
We are used to both real and fictional heroes down playing their involvement by claiming that ‘Anyone would have done the same.’ Or that they were ‘Only doing what anyone else would have done.’ Yet turning a deaf ear to the pleas of a young woman being attacked on the underground at night, or stepping over a prone human being in the street, are the stories we are more likely to accept as 'human nature'. We even condemn people who ignore the urgent needs of others when we are by no means sure we would have the courage to act ourselves.


Zimbardo says the hero needs a Heroic Imagination but the writer needs it too if they are going to describe heroic acts plausibly. In a market where, thanks to the self publishing revolution, there are a thousand new hero’s every week we have to try and understand what makes a real hero in order to better create a more compelling fictional one.


QUESTION Whatever their motivation, when ordinary people perform acts of heroism they can inspire millions so why is it that all too often their books do not?


QUESTION If being a hero, whether fictional or real requires a willingness to act, is that willingness more important than the action they take?
QUESTION Would the ‘Big Man’ have done it again knowing that he would become the focus of so much controversy?


QUESTION To what extent does coverage of incidents like these influence people’s readiness to get involved?


QUESTION If Zimbardo’s theory of the heroic Imagination is valid was Walter Mitty potentially the greatest hero of American literature?


QUESTION What went through the mind of the Tank Man of Tianaman Square when he made the decision to step off the curb with his shopping bags and confront a convoy of tanks.


QUESTION How do you write something that can capture people’s attention the way ordinary heroes do?
Posted by Tom Gold at 05:54